Close Proximity and the Unhindered Care-all 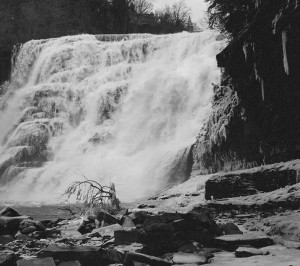 Track list:
1 Culling The Past From Unsentient Weeks
2 Indentions On Summits Of Hands
3 Tended Pouring

Release description:
The duo of Celer is comprised of husband and wife Will Long and Danielle Baquet-Long. Using processed strings, pianos, regional ﬁeld recordings, and electronics, Celer has composed a masterpiece of sentimental experiences and realism; the sound of raw emotion.. Tender and touching, yet poignant and stirring, Close Proximity and the Unhindered Care-all is composed of 3 parts that encapsulate over an hour of music, and on-location ﬁeld recordings.

Part 1 creeps quietly through your room until its presence is felt, fading, and ﬁeld recordings are bringing back distant memories. Part 2 starts on a melancholy note and ends in a sea of stunning ambience, driﬁng, and ﬁzzling out. Part 3 embraces and carries you off to a distant, but strangely comforting world where it shares its secrets with you, and yet disappears at the peak of discovery. It is an honor for SRA to be able to share with you this masterpiece of sound art by Dani and Will, and we hope it brings comfort to a world where things are often taken for
granted and then forgotten. When listening to such a heart-rending album, itʼs hard not to feel somehow connected with the glowing love Dani and Will undoubtedly have shared, and Celer will always be remembered, and cherished in this way.

Packaged in a 8 panel classic digipack with a matte UV ﬁnish, the artwork consists of poetry by Dani, and layout, design, and cover photography by Johnny Utterback.

Igloo Magazine
You’d think the passing of a soul-and-music-mate would, if not totally debilitate, at least set back a musician, maybe stunt his productivity, clip his Muse’s wings. But, no, the strength of Will (Long) is seemingly irrepressible. Either that or at the time of his partner Dani Baquet-Long’s untimely demise last year a large but perfectly formed pile of unreleased material had accumulated. Whether it was drawn from a pool of previously unreleased material or all his own work, Close Proximity and the Unhindered Care-All shows the quality of Celer is not strained, but maintained, redoubled, which, given the dimensions of their oeuvre, is really saying something. Perhaps the music that was a repository for their shared endeavours and feelings functions for him – as well as for a hypothesized audience – both as a kind of sanctuary and a means of emotional displacement.

And there’s plenty of scope for this in what is a striking hour-long extract from from their swollen appendices. It comes in a triptych of 23-minute tableaux, each internally seguing through several movements – ones that move, sometimes in quite mysterious ways. “Culling the Past from Unsentient Weeks” is typical of the mixture of familiar and unwonted, of arcane and downhome, that gives Celer its peculiar Celer-ity. After starting with a seepage of sepia tones followed by ardently outfolding string surges, is sidetracked, first of all, by figures trudging over a gravelly path, before a more unsettling ambiance irrupts into the otherwise serenely depicted scape with the appearance of voices in discord; these in turn recede, as, to the soft hummings of a faraway jet plane passing by, a pacific scene is re-established, and a more luxuriant loop litany envelops the listener. On “Indentions on Summits of Hands,” it is nature that gives way to a miasma of melancholia, an undergirding bass coming to provide the solidity and solace of earth to the aerial drift and aqueous churn. The music seems to take on a programmatic aspect in tonal painting of imaginary topographies, inhabited by the quotidian human. “Tended Pouring” has a mellifluous drone hove into ear-view, in turn effaced by aqueous churning, further trudging, engine-whirr, chain-rattle suggestive of agricultural provenance; soft shimmerings are supplanted, eventually clearing the way for a higher, clearer, blue-skies ringing that seems to bespeak hope in its celestial swathes, as if the humdrum were undone by some resplendent light.

Throughout Celer’s beatitudes are bathed in a familiar palette of strings, piano, field recordings, and electronics, blending a richer classically-inflected ambience with the minimalism of their earlier work. If reference points be called for, the coordinates Close Proximity and the Unhindered Care-All adumbrate an area between the elegiac hauntings of Kirby and the crepuscular field studies of Eno’s On Land, infused with a neo-romanticism with a lineage from Barber to Basinski. Nicholas Szczepanik’s Sentient Recognition Archive label has done well to bring Celer into its developing fold, for this set is immaculate enough, not just in conception, to contend with the best works in the growing post-classical ambient-drone canon.

The Line of Best Fit
When music inspires, evokes and, indeed, provokes, it’s at its very best. Pressing play can open up a world that, until now, might have been completely unexplored. A world that, for whatever reason, has felt out of touch and distant. On Close Proximity and the Unhindered Care-all, Celer manage to create an almost alternative world, like exploring the travels and experiences of your day, but through someone else’s eyes. Like Alice Through The Looking Glass, everything feels similar yet oddly different.

The three pieces of music that make up the album each last around the 20 minute mark. Opener ‘Culling The Past From Unsentient Weeks’ is the most impressive. The swirling and looping rumbles of music are hooked around sounds that bring to mind walking through a park, birds chirping and gravel crunching under foot. There’s a section where you can hear the morning arguments of a household, as if you’re peering over the garden fence, watching the breakfast table as the momentum of the day takes hold. It feels oddly perverse and voyeristic as the voices continue, oblivious to your presence. In fact, the swirling synth feels like your soul floating through this morning scene, taking you on a journey out of your body and away.

‘Indentions On Summits Of Hands’ brings to mind Aphex Twin’s early, ambient, work. The flowing bass line acts as an anchor to the elaborate and floating sounds arcing through it. Gone are the “found sounds” of the opener, but this doesn’t stop this from still feeling organic. As it unfirls, the static builds and reminds me of the sounds of a waterfall, like the one gracing the cover art. From there, it moves a little more skyward. The tones and loops feel very “001: Space Odyssey. ‘Tended Pouring’ brings us back down to earth though, as the everyday sounds scuttle around the building waves of tones. The way the album progresses like this, it’s almost like a dream. You wake up, go to work, day dream at your desk, then head home to your more rooted existence. I’m not sure if it’s depressing or inspirational. I’m erring on the latter, as the album ends on a wave of noise and euphoric notes… as if you’ve just broke through the surface of the usual hum drum of existence into the light.

Close Proximity is a gentle, haunting and evocative piece of ambient music. Whilst it becomes increasingly difficult to make a name and a definitive sound for oneself in this genre, Celer have found the key part: inspiration. Each time I play this album I catch other sounds and movements, my mind is brought to different memories and places. In the end, this is the most basic, but also the most important, ability that music confers.

Textura
Close Proximity and the Unhindered Care-all is as lovely, the recording also an hour in length but separated into three twenty-minute sections. Here too Celer creates beatific settings using processed strings, pianos, field recordings, and electronics as sound-generating materials. Natural field recording sounds mix with synthetic elements in all cases, resulting in three pieces of complementary yet distinct character. In “Part 1: Culling the Past from Unsentient Weeks,” soft tones emerge from the mist, after which we hear feet trudging through the snow or dirt, and the cry of distant seagulls; midway through, a disturbing ambiance seeps into the otherwise bucolic material when arguing voices appear (someone shouting “I’m calling your probation officer!”) but such sounds soon recede, leaving soothing ripples in their wake. In “Part 2: Indentions on Summits of Hands,” nature-based field sounds give way to a hazy cloud of melancholia and warbling drift that breathes so softly it’s like light fading in a living room as afternoon changes into evening. There’s ample activity in “Part 3: Tended Pouring”: feet trudging, an engine’s whirr, chains rattling—the sounds collectively suggesting a field recording made at a farm—as well as softly shimmering tones that are supplanted halfway through by a more epic mass of ethereal vapours. Compared to Pockets of Wheat, the conceptual dimension underpinning Close Proximity and the Unhindered Care-all is harder to ascertain though such indeterminacy doesn’t translate into any lessening of pleasure on purely listening grounds.

Norman Records
‘Close proximity and the unhindered care-all’ is the latest offering from musical duo Will Long and Danielle Baquet-Long a.k.a Celer. I don’t think Celer are capable of making a bad record with this latest offering being no exception. As is often the case with the likes of Growing and such, Celer very rarely drift from their comfort zone but they do what they do so well that I could enjoy numerous installments of what is essentially the same thing, beautifully realised and confidently delivered ambient drone. Using processed strings, pianos, regional ﬁeld recordings, and electronics: Celer compose wonderfully drifting ambience of the sort that can only be truely appreciated quietly, at home. Using the simple mechanics of ambient drone music Celer have an uncanny ability to communicate all kinds of thoughts and emotions whilst quietly send you of into a better head space. ‘Close proximity and the unhindered care-all’ is yet another fine example of these two love birds at play.

NPR
There is something woefully personal about Close Proximity and the Unhindered Care-all. It’s as if the album title sums up Celer’s philosophy toward sound-making: Set a scene and keep the movements close to the heart. Composed of husband and wife Will Long and Dani Baquet-Long, the duo processes strings, piano, field recordings and electronics for the vibrations that pass between two hearts. Close Proximity is a drawn-out conversation, pierced by wandering drones and incidental sound. Sadly, Dani passed away suddenly this past July, but there are still more Celer recordings in the vaults to uncover.