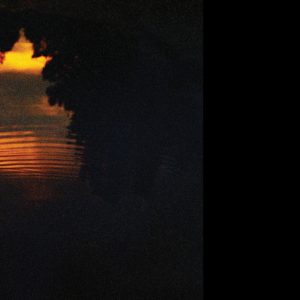 Decoder Magazine
When we look at the current landscape of contemporary art we should be reminded of the words of Alexander Hamilton when he wrote, “I never expect a perfect work from an imperfect man.” We might take this to mean that there is a connection between the kind of standard we expect from ourselves as human beings and the kind of work we do in our personal lives. So it is with creative work. We live in an age of artistic production which relies heavily on distorting form so as to avoid accountability for intention: if form is abolished, artists seem to say, so too is the ability to recognize a common-denominator by which we might evaluate those who would sound the depths of our experience as people, and those who would simply play the part of master to reap the cultural rewards of that position. This rule is not the exception, but the norm: artists like Miranda July or James Franco specialize in not being able to be pinned down, so as to not reveal that in fact they are simply promoting themselves and are quite simply merely competent as artists — no more, no less.

By the standard of Alex Hamilton’s words on work, however, the record under review is a testament to both recent Japan expat Will Long’s established Celer and Japanese composer Takahiro Yorifuji’s Hakobune project. Vain Shapes and Intricate Parapets will appeal to listeners who seek out the more peaceful and honest strains of contemporary music, exploring as it does a simple musical theme that is both melancholy and unaffected. The droning chords here lack adornment, with two long pieces evolving through a striking and gorgeous use of harmony; the effect when listening is often like the effect of seeing elegantly cut marble. The two long songs here seem to recreate the way in which heartache spreads pain through the center of one’s chest and back. This is a form of emotional expression that few artists are able to achieve, and which is arrestingly done here (those familiar with Celer’s background will know that Long has dealt with far more than his share of sadness) — in fact one feels the emotion portrayed by the work in one’s body. How many artists attempt to replicate this feeling and do not succeed? The history of music is littered with the attempts of artists to do so in the most cringe-inducing ways. The rarity of a successful use of such expression shows this record to be a special one.

Among the weaker aspects of the album, however, lies a sort of harsh and compressed sound that diminishes the beauty of the instrumentation. The titles of the pieces, too, jar the reader with their wordiness, verging on the precious. Rows of three, four, and five-syllable words (“Merges of Hysterical Exhilaration,” “Complete Possession of Full Temerity,” etc.) seem less expressive, profound as the thought that directed them might be.

These are minor quibbles however: the exquisite design by Chemical Tapes — a photo of a sunset’s reflection burning on a lake – matches the music in both spareness and elegance, and spending a few tranquil hours with the release is something one should be grateful for. Contemporary music would be better off if there were more works of substance like this.

Inb4track
‘Vain Shapes and Intricate Parapets’ is a 2 track ambient drone collaboration between Japanese musicians Celer (Will Long) and Hakobune (Takahiro Yorifuji), released on the Chemical Tapes label with the catalog number HOT-2 (2,5-dimethoxy-4-ethylthio-n-hydroxyphenethylamine) on limited cassette (of which I have a copy of the first press).

When I saw Chemical Tapes post this on Facebook I was surprised to see Celer showing up on that page, but with spending money in my Paypal I decided to buy the cassette (I think I was one of the first people to buy it) and immediately afterwards listened to the album. To say the least: I was impressed. I wasn’t expecting it to be much more than a decent drone album but Celer and Hakobune both proved me wrong on that one because it put me in some meditative state and it was pretty amazing.

The first track is a kind of low-mids drone without low bass and is very smooth with nicely timed changes in sound throughout the entire track. Very mellow, very gentle on the ears. The second is more quavering and slightly more metallic, though still very relaxing, staying focused on low to high mids it reveals some highs when it gets towards the end and actually almost gets a rough wall of noise sound before fading out. Another thing is this release has definite staying power. I have logged around 90 full plays of the album (that’s almost 200 plays total), and I’m still not quite bored of it yet because it seems like such a ‘classic’, for lack of a better word, something that is just good and doesn’t really get old because of it’s uncomplicated method of being good.