Weavings of a Rapid Disenchantment 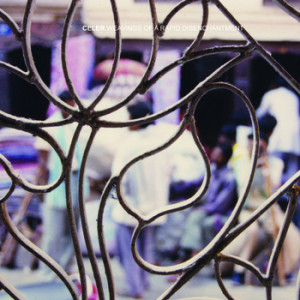 Side B
1 The Acceptance Of A Paralyzed Infinity

Release description:
Companion release to “Panoramic Dreams…”, this 10″ features two exclusive tracks recorded/edited/mastered as the same time. The mood is a bit darker though. – Basses Frquences

Boomkat
Released in a limited edition of 350 copies, this new 10″ from the Basses Frequences imprint features two companion compositions to the the Panoramic Dreams Bathed In Seldomness. A melting pot of electronics, analogue tape manipulation, strings and field recordings (of thunder and a freight train), these tracks perhaps sound ‘bigger’ than much of Celer’s output, and yet the principles behind the duo’s stringently minimalist approach remain in check. The end result sounds like an orchestra in cryogenically suspended animation. A-side ‘Retreading Obsessions’ (recorded in Mississippi during 2007) dwells on a single, giant, weary chord for eight minutes or so, before wrapping up with a dissection of some detuned, blurry concrete sound. Providing a slightly more extroverted variation on this sort of scrupulously reductive compositional approach, ‘The Acceptance Of A Paralyzed Infinity’ (recorded in NYC during 2007) lets a little more light into the mix and reveals a greater level of melodic detail wafting around inside the drone. As was the case with certain portions of their Panoramic Dreams… album, both these pieces invite comparison to William Basinski’s elegiac tape-loop orchestrations, and the EP is certainly recommended to anyone with a penchant for that sort of enigmatic ambient composition.

Norman Records
Celer. That’s a name I ain’t heard in a while. Honest! It was inevitable there’d be stacks of lovingly-crafted drones from the sadly separated pair left in the vaults. What is really cool is that Dani’s photography archive is getting a wider audience, her carefully chosen evocative images adorn this spiritual mong-out of a record. The calm drones of ‘A’ conclude with a gritty rumbling sound, the sort of noise you’d equate with lying in a quiet motorway lay-by with your ear to the ground, being careful not to get splatted by some renegade Danish trucker in a big arctic, stopping for a Ginsters & a ciggie. The flip is a more ecstatic, steadily ascending piece, full of breathtaking wonder. When they kick these slabs of shimmering, heavenly drone out I feel as if i’m getting a true glimpse into the heart of the cosmos. Turn this side up double loud, it rules! Lovely……………

Textura
Weavings of a Rapid Disenchantment (a limited edition of 350 copies), which splits two tracks across seventeen minutes of black vinyl and uses strings, electronics, and field recordings of thunder and a freight train as source material, whips up a powerful rumble and gritty industrial churn during side one’s “Retreading Obsessions.” Laid down in Mississippi during 2007, the piece relentlessly barrels forth until it disappears into a blurry cloud mass. Though created in New York City, the B-side’s “The Acceptance of a Paralysed Infinity” takes the listener on a blissed-out and starry-eyed tour through the upper spheres in the form of a black hole drone from whose center buried melodies struggle to escape. The release could be regarded as a summative portrait of Celer in miniature form.